A Lehenga, also known as a Ghagra or Lengha, is a traditional South Asian garment worn by women. It is a long, flowy skirt that is paired with a short blouse, known as a choli, and a scarf, known as a dupatta. The Lehenga is typically worn for special occasions such as weddings and festivals.

The Lehenga originated in the northern regions of India, but it has since become popular throughout the country. It is often made from fabrics such as silk, satin, and georgette and can be embellished with intricate embroidery, beadwork, and sequins. The choli is usually made from a similar fabric and can be adorned with similar embellishments. The dupatta is typically made from a sheer fabric and is worn draped over the head and shoulders.

In recent years, Lehengas have become increasingly popular as a modern and stylish option for bridal wear. Many contemporary designers have updated the traditional Lehenga with new cuts, colors, and fabrics, making it more versatile and appealing to a wider range of women. Additionally, Lehenga choli has been adopted in western countries too.

To wear a Lehenga, one typically drapes the dupatta over the head and shoulders, tucking it into the waistband of the Lehenga. The choli is then worn over the dupatta, with the Lehenga worn over the choli. The Lehenga is usually worn with a pair of chandelier earrings and bangles to complete the traditional look.

In conclusion, Lehenga is a traditional Indian garment that is worn by women for special occasions such as weddings and festivals. It is made from a variety of fabrics and can be adorned with intricate embellishments. While it originated in the northern regions of India, it has become popular throughout the country and has even been adopted in western countries. With the recent trend, it has become a modern and stylish option for bridal wear.

This site uses Akismet to reduce spam. Learn how your comment data is processed. 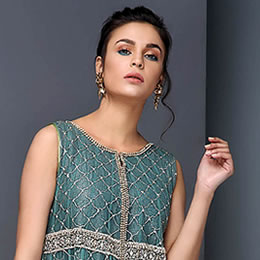 Hear From Us + Get A Special Sign Up Offer,